Archive of the categories: Music

Save it For A Rainy Day – Kenny Chesney Lyric Video

I have been loving Kenny Chesney’s single “Save it for a Rainy Day” these last couple weeks. When we did an IFR to VFR on top flight on Saturday, along with some cloudsurfing, it seemed like the perfect song to make a lyric video to. This was just for fun, but I think it came out pretty good. We had some baby rain on takeoff and then went through the clouds, and it wasn’t rainy anymore.  On the way back in my CFI Andy showed me how to do an instrument approach on autopilot – just amazing to see and great stuff to learn for instrument training!!  Plane is N9897F, Pinnacle Aviation Academy

2015 Will be Filled with Music 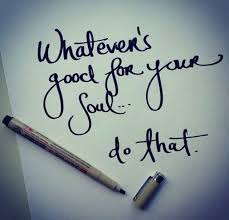 It’s the last day of the year! I have never been so excited to stay home and do nothing but hang out with Caroline and Ava, watch movies, eat pizza, and drink wine. And since I am the only one the crew that is of legal drinking age, all the wine will be mine (not sure if that’s a good thing). I’ve already thought about my goals for next year, mainly to get my private pilot’s license. I know I can do it, and I’m so excited to do it! I will be more proud of that than any test I’ve passed, or degree, license or certificate I’ve ever earned. I also plan to streamline my life by eliminating every-other-day trips to the grocery store / Target, and being better about tackling mail, laundry and dishes immediately. But there’s one more resolution for next year, and it is to listen to music, lots of music, every day.

I have always known that I love music. But it wasn’t until last week I realized how much music makes me happy. The day I got back from Virginia last week I picked up a couple of Sonos speakers, a little present to myself. Sonos works with your iphone or android phone, and lets you control what’s playing in which room. Everything goes through your wifi, and it is so easy to set up. In the last week, I have listened to a lot more music than I normally do. Everything from George Strait and Jerrod Niemann to Blink 182 and Ariana Grande. And of course Taylor Swift! Along with my Sirius XM, and playlists on my phone, I have a Pandora One membership, which is a great way to discover new music. Music is on while making breakfast, cleaning the house, working, studying for my flight lessons at night, and packing for my move next month. And I’ve realized that music, makes me happy. The Sonos speakers are awesome, but it’s not the speakers that make me happy, it’s the sound of the beat of the music and the way it makes me feel.

On New Year’s Eve, and the day before my birthday, I always reflect on the year before, and the year ahead. My birthday is at the beginning of June, so this type of reflection happens twice a year. A lot of good things have happened in the past 12 months, and some not-so-good things. I am definitely not the same person I was last year. I am a lot stronger, less anxious, more confident, and a better communicator. And, thanks to my flying lessons, I am learning to stay calm in stressful situations, and not let one distraction be enough to throw me off the flight plan (or life). I know the feeling of pointing an airplane straight towards the sun in the middle of the day and being blinded by it. I’ve experienced the falling feeling and that split-second panic, followed by a smooth recovery, that only happened because I stayed the course and did what I had to do. There are stressful times, but if you stay calm, you can recover!

There are a few songs I love that I will never get sick of, like Kenny Chesney’s “Down the Road” or Taylor Swift’s “Ours”. One song that I can listen to over and over again, when I am sad or happy, is “La Cienega Just Smiled” by Ryan Adams. I originally discovered this song while reading “Love the One You’re With” by Emily Giffin. On her website, she talks about listening to this song on repeat while writing the book. After I read the book (the song is included in the book) I of course downloaded the song from Itunes and fell in love with it. During one particularly heartbreaking point in my life, days after my husband and I separated, I listened to this song on repeat for 3 hours at the LAX airport when my flight was delayed. I had never felt so sad in my life, and Ryan Adams’ song was strangely comforting. Now, whenever I hear “La Cienega Just Smiled”, the song takes me right back to that airport terminal, and I feel relief that I got through that period of darkness and sadness, and came out on top. Here is the audio so you can listen to it as you read this post.

Even years after I first heard it, I still wonder about the song – what is it about? One of the great things about this song (and maybe why it’s so popular) is that the meaning is up to your own interpretation, or maybe your imagination.  From SongMeanings.com, here are some of the top theories:

• this song is about addiction to drugs and how they are destroying him but he can’t stop. the drugs make him feel good for a while but they always end up leaving him feeling depressed when they wear off. in the first verse the drugs are wearing off, and he’s thinking “how’d i end up feeling so bad for such a little girl”. then there’s the element of addiction – “la cienega just smiled… see you around”. he feels helpless to his addiction and knows he’ll be back for more.

• I think La Cienega is a prostitute. a young one. maybe too young.
he never got her real name, so he named her after the street, where she was standing.

• Its about life and its uncertainty with its changes. he is torn with his decisions. and this girl is on his mind, and obviously affecting his decisions.

• I always thought it was about a girl he was sleeping with, but not committed to. She was in it for the fun of it too, but he’s beginning to fall for her.

• It can be expressive of any moment in which you realize the girl you care about doesn’t care about you anymore (and maybe never did). The “I’ll see you around” is that key phrase that lets you know.

• I feel the song is about a girl he has fallen in love with who lives in an area off of La Cienaga Blvd in LA. He’s fallen completely in love with her but she doesn’t feel the same way. He’s a mess because of it.

I personally feel that the song is about a girl that he is unsure of his feelings about, but she is definitely important to him. Maybe she’s too young, or for some reason they can’t be together. What do you think the song is about? And what are your favorite songs to listen to over and over again?