Lipitor 2015 Litigation Update: More than 1,600 Diabetes Lawsuits Have Been Filed 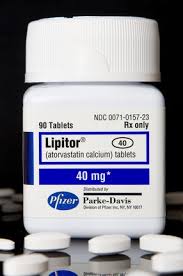 Pretrial proceedings are underway for Lipitor lawsuits. In case you’re not familiar, Lipitor is a statin drug, once the best selling drug in the world. Until it’s patent expired in 2011, it was responsible for one-fifth of Pfizer’s revenue. It works by blocking the fatty LDL cholesterol in the blood stream, and protecting from heart disease and stroke.

The problem with the drug is it causes diabetes, particularly in women. A 2012 study found that women who took Lipitor (and other similar statin drugs) were 50% more likely to develop diabetes compared to women who didn’t take any statins. After the study, the FDA ordered Pfizer to add warning labels to the box. But, the lawsuits claim that Pfizer knew about the link to diabetes long before the FDA ever made them slap a label on the drugs. And that’s what the Lipitor diabetes lawsuits are all about.

The cases have been consolidated for pretrial proceeds as an MDL (multi-district litigation), which has been centralized before U.S. District Judge Richard Gergel in the District of South Carolina. Consolidating these cases makes it easier on everyone, it avoids pretrial rulings that may conflict, and makes it easier for all of the parties involved, not just plaintiffs and defendants, but their experts and the courts.

In September 2014, Judge Gergel ndicated that the first bellwether trial will begin in October 2015. At that point, there were more than 1,250 lawsuits pending against Pfizer, all alleging that the drug caused diabetes. According to the case list for a January 22nd status conference, Lipitor lawsuit complaints rose from 1,478 as of December 15, to 1,604 as of January 15.

A “bellwether” trial will go forward in October 2015. Judge Gergel will select this case from a current pool of 12 “initial discovery” cases reduced to a group of six, with each side identifying three cases that will be eligible for the first trial. The judge would then randomly select one of the remaining gasses to go forward as the first trial. The outcome of bellwether trials are not binding on other lawsuits, but they are always closely monitored by lawyers involved in the mass tort litigation, and they may influence future settlement offers and negotiations.